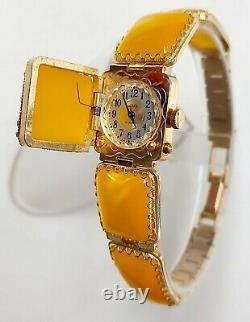 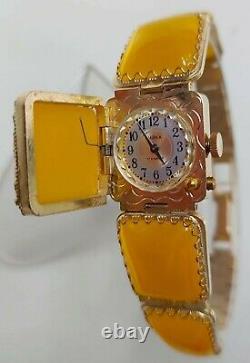 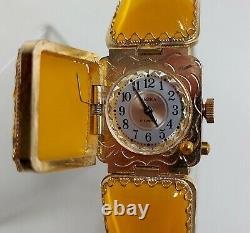 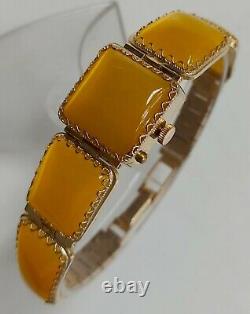 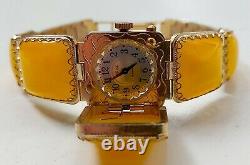 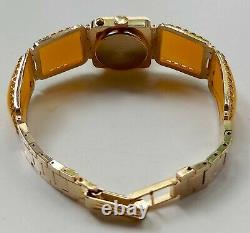 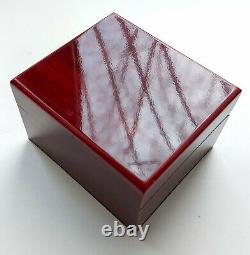 Watches from old Soviet stocks. UGLICH WATCH FACTORY / CHAIKA WATCH FACTORY. In December, 1937, the Council of People's Commissars ordered a factory to be built in the town of Uglich, 120 km north of Moscow.

This factory, named the Second State Precision Jewel Factory (-2), was constructed from 1938 until 1942. Initially, the factory produced semi-precious and precious stones for the technical industry (such a ruby jewels to be used in watch movements). In 1950, the plant was renamed Uglich Watch Factory and began focusing on wristwatch production, first manufacturing Zvezda timepieces, and in 1959, expanding to Volga watches.

But throughout the 1950s, the Uglich Watch Factory did not expand beyond ladies calibers. Meanwhile, at the Chistopol Watch Factory, the 1950s were a period of intense focus on men's wristwatch production. Around 1960, Chaika (, meaning "seagull") was chosen as the name for one of the many Chistopol brands produced in this era. These watches featured a 17-jewel caliber 2605 with date complication. The Chistopol Watch Factory would terminate production of Chaika-branded watches around 1964, when the factory underwent a major rebranding.

These were the last and only Chaikas to ever leave Chistopol's factory walls. Back in Uglich, things were changing quickly. In 1963, after cosmonaut Valentina Tereshkova became the first woman in Space, the Uglich Watch Factory was renamed Chaika Watch Factory. Chaika was the callsign Tereshkova used during her historic flight on board Vostok 6.

Shortly thereafter, the factory released the smallest caliber ever produced in the USSR, measuring just 6 x 9 millimeters in size: the Chaika 1200. This tiny caliber would go on to win a gold medal at the Leipzig World Fair in fall of 1966. The Chaika Watch Factory lived on for decades, producing a wide array of different watches for both women and men, including automatic calibers, dive watches, ladies watches, and the first quartz resonator ever produced in the Soviet Union.

These watches were also in high demand abroad and were exported to some 50 countries worldwide. In 2006, the firm suspended mass production of wristwatches, and in 2009, the plant officially filed for bankruptcy. Account holder must also be the receiver. YOUR SATISFACTION IS FIRST PRIORITY! This item is entitled to. (Excluding misuse of the item and damaged item). If you are going to return the item. We will provide you with solutions and return directions. For damaged items on arrival. We will offer solutions to such cases. For other reasons, please feel free to let us know. We will get back to you as soon as we are available. The package is delivered within. C Other countries: not more than. The package will be sent within. If you are not satisfied with the product, our service or have not got the item, please. Be quick to leave negative/neutral feedback or open any case.

The item "RARE Chaika Soviet USSR Vintage Watches Natural Baltic Amber Stone 1601a" is in sale since Friday, July 30, 2021. This item is in the category "Jewelry & Watches\Watches, Parts & Accessories\Watches\Wristwatches".

The seller is "aaleshin" and is located in Moscow, Moskva. This item can be shipped worldwide.